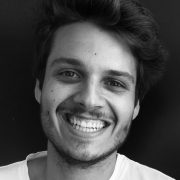 Haven’t all of us ever thought about donating money to charity? At any rate, this thought has been on my mind more than once. However the idea failed already with the question, which organization I would like to support. And so the thought to donate disappeared again and again in the everyday hustle and bustle.

That changed when I moved to Mainz in 2016 for my Master program. There I got to know Julian and Kerstin, whom I can count among my closest friends today. Both of them have the wonderful ability not only to make big speeches, but also to translate words into deeds. One of these deeds is Smiles Africa Charity, a charity to finance educational grants as well as the support and supervision of socially oriented projects and programs in Nairobi, Kenya. Due to our friendship I always had deep insights into the work of the association. Through this personal connection I finally knew which organisation I wanted to support. From then on it didn’t take long and I went from a donor to an active member. In addition, not only my personal proximity to the association convinced me, but also its origin and principles.

The idea for the association arose after Julian worked in 2015, accompanied by his girlfriend Rahel, as a volunteer in a slum radio of Korogocho, the third largest slum of Nairobi. The two were also involved in a local Children Rescue Center. This centre has set itself the task of picking up children who should actually be in school. For social and financial reasons, they have to work on a huge rubbish dump instead. This stark confrontation with the poverty of the children formed their will to make a difference. After careful consideration and in collaboration with Peter – he himself was born and raised in Korogocho and is responsible for a number of social projects – and his wife Monica, the idea for Smiles Africa Charity was born. Back in Germany the idea became reality. The association was founded together with Kerstin and a handful of other friends.

Today we can make a sustainable school education possible for 16 children with collected donations. Our scholarship holders are supported until the end of their education. In the best case, this means that we support our scholarship holders by financing their studies even after they have finished school. We have also set up a mentorship program. Here we ensure that our scholarship holders are supported and looked after throughout the year. Our Kenyan team meets once a week with our 16 scholarship holders and 29 other children. Within the framework of the program, various topics from the environment of the children and young people are dealt with, but their individual career aspirations are also deepened and they are strengthened in their visions of the future. Through access to life-changing education, we pursue the goal of promoting the initiative within society and thus supporting sustainable change from within.

Certainly, we are still a young association. Nevertheless, the fact that students and young professionals have moved so much in this short time, not only excited but also motivated me. I didn’t want to look for excuses why I haven’t donated so far. I finally wanted to make my contribution to a better world where everyone has equal opportunities. Even if it is only a small part.