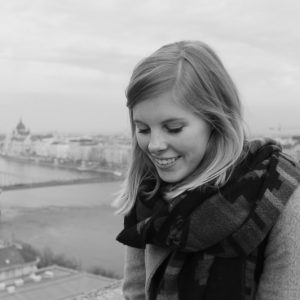 06 Jun N°02 When A Simple Idea Changes Everything

About four years ago I got to know Julian through Uni. When we first met, I had no idea he would become a constant in my life. We became close friends, went abroad together and even founded our own agency. Before I got to know him, doing things like this either never occurred to me or I was simply lacking motivation, to be honest. And then he had this idea.

When Julian and Rahel came back from Nairobi, they had this constant thought. They wanted to found their own association and support kids in need so that they can go to school and get the education they need. Of course, to actually realize these kinds of plans, they needed more than just their will. So they came up to me. At first, I wasn’t really sure about their idea. But then I got really excited and said yes, not entirely sure to what exactly.

Have you ever thought about donating money to charity? It had crossed my mind a million times. But where to donate? Which organization to support? If you don’t know anyone or don’t have any personals references, deciding on a specific charity is not that simple. And so this idea always somehow vanished, unfortunately. But then, all of a sudden, it seemed so easy. Through Julian and Rahel I had a personal connection to this project, so it stuck with me and I continued to work on it. They came back from Kenya with a suitcase full of experience and knowledge and I was more than eager to learn about everything in that suitcase. Their enthusiasm was contagious and convinced not only me, but probably everyone else in the team as well.

And so it happened: I found myself with everyone else, gathered in a living room in Worms. A rough idea was turned into specific goals and before I knew it, I was elected as deputy chairman. Since that day, I have been doing my best. Communicating our goals and visions to others in the best way possible, which can be hard at times. I have never been to Kenya myself. Never got to know the children and their environment. Never been in Africa before, let alone in a slum. So I am very excited about what is yet to come. At the end of the year we will fly to Kenya and I am curious about what will wait for us there.

I don’t want act like someone who just wants to do something “good”, to satisfy my own conscience or to feel like a better person. I’m just happy to be part of this project. To give others access to education that is so self-evident for us. To see how easy, but also difficult it can be to win the support and enthusiasm of others. I am happy I’m not donating to an anonymous organization, but to be very close to it and be sure the money gets to the point where it’s needed the most. I’m happy I get to know our scholarship holders personally very soon and to get an insight into their world.