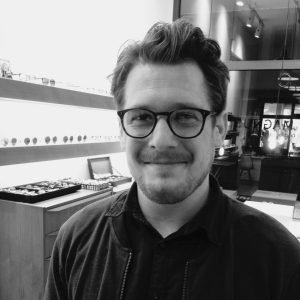 A lot of times we’ve been asked this question. Why did we found our own association? Why not support an already existing one and save the countless hours and incredible amount of energy spent on making this whole project happen? One and a half years later, with many ups and downs, we know: It would have been so much easier to not start from scratch. But easy was not our priority.

But, let’s start from the very beginning. In March 2015, we arrived in Nairobi to volunteer in a slum radio station and help to establish a PR-strategy for some local projects. We were looking forward to get to know the country of Kenya and its culture. To be honest, it just felt like an adventurous journey to a foreign country to us and had little to do with actually changing anything for the Kenyan people. Our feelings changed after a couple of weeks in Korogocho.

Some things went different from what we had planned, which is probably why our project started in Africa. Apart from volunteering at the radio station we quickly started helping in a Children Rescue Center close by. This center takes care of children who should actually be in school, but for social or financial reasons work on the rubbish dump that stretches between Korogocho and Baba Dago. To get a better insight into the center’s work, we joined its employees for a day on the dumping site to look for children. Most of the kids we met suffered from hard misfortunes in their life or had really sick family members. All of them suffered from extreme poverty. Surrounded by a social environment like this, going to school is almost impossible for these kids. Their families are dependent on their financial support and need them to look for usable stuff on the rubbish dumps that they can sell. That day, the employees had to identify the kids and invite them to come to the Center. The next step had to be done by the kids themselves, as they need to decide themselves if they want to come to the center or not. The idea of making a decision like this and potentially changing their own life at the age of 8 or 9 is hard to understand. But we were told that this first step was the most important one. The kids’ families would be involved as soon as their situations and issues had been identified and assessed.

That day we stood on this huge dumping site, watched almost human-sized birds fight with kids over trash. This had not been our first journey to a poorer country and certainly not our first encounter with poverty, but this moment was heartbreaking. We immediately had two thoughts. First, we felt an intense amount of gratitude for our own childhood where our only concern was to stay up a little longer or eat more dessert. Our second thought, and probably essential to this whole project: What can we do to help these kids? Naturally, the first thought was to give them money. But we also knew we wanted something bigger, something that would last forever. We just didn’t know how and when to start, yet.

Initial plans of our project were developed together with Peter and Monica, two extraordinary people we are forever grateful for and will dedicate another blog post to, to properly show our admiration and appreciation. After thorough research and discussions with them we decided that our project needed committed people from the same area as the kids. We needed people who really understand the kids’ situation and maybe even grew up in similar circumstances.

Rough ideas turned into a rough plan. We wanted to form a small group to realize small fundraising projects. Using already existing local projects, like the rescue center for instance, seemed like an appropriate first step to financially support children in need. We knew our project would not be as effective and sustainable as we wanted it to be without the local support. However, we did not only want to be fundraisers, but also contact persons and motivators. We wanted to live up to our principle of “help from the inside”. To help those who help locally – that was our goal. So we became actively involved with Smiles Africa Experience in Kenya, an organization founded by Peter. Thanks to a trusting and steady communication between Peter and Monica in Kenya and us in Germany we achieved to convince others to participate in our project. We came back to Germany with a suitcase full of ideas and motivation and so our rough plan turned into the project it is now.

So if you were wondering how we came up with the idea of founding our own association, I’d say we met incredible people who turned our crazy idea into theirs and turned it into a real project. This was the Start of Smiles Africa Germany. We are more than grateful for our team and the many of you who support us. We won’t change the world, but with a little luck and effort we can not only create education, jobs and hope, but also give a future to those who didn’t think about tomorrow before.

N°00 Smiles all along the Blog

N°02 When A Simple Idea Changes Everything
Scroll to top